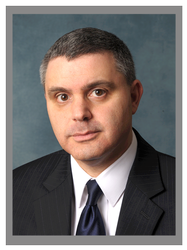 For years, these workers have been part of the engine that fuels our economy. But now, they are blamed for collecting the pensions they’ve earned through deferred wages.

There is no doubt that state and local governments face difficult budgetary decisions, but some corporations and their messengers have tried to capitalize on the economic crisis to justify their own rollback of pensions in favor of 401(k)s in the private sector. This is audacious considering that corporate greed and misconduct caused the collapse of the economy, the budget crisis and billions in pension losses.

The public should not be fooled by the pension feeding frenzy. First, just two years ago, the state enacted a new pension benefit — Tier 5 — that the State Division of Budget estimated would save taxpayers $35 billion over 30 years. Second, slashing pension benefits yet again will yield little to no savings in the short term, but will permanently impact the livelihood of those who dedicate a career to providing essential services to the public.

We are all in this together. Pensions benefit the economy as a whole. Retirees spend their money in their communities supporting local businesses and supporting jobs. We need to think about pensions as an economic stabilizer for middle-class families and their local economies.

Unfortunately, a financially secure retirement is slipping away from American workers. More than half are at risk of not being able to maintain their standard of living in retirement, according to the National Retirement Risk Index. Not coincidentally, this retirement insecurity comes at a time when the number of people with defined benefit pensions is declining.

If we want to ensure that all workers can retire with dignity while at the same time supporting our economy, we must bolster wage replacement in retirement for all, not diminish retirement security for those who have some semblance of it through their pensions.

Finally, we must remember that what our state really needs is jobs, jobs, jobs. This is the shared agenda of all New Yorkers. Adding yet another pension tier will not produce one job and is simply a distraction.

Mario Cilento is president of the New York State AFL-CIO.