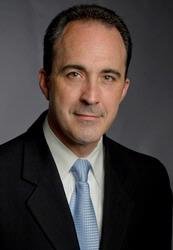 The proposed Tier 6 pension plan would also have a disparate impact on African-Americans and communities of color in New York, which statistically make up a higher percentage of the workers in government jobs. Nationally, one out of every five working African-Americans are employed by the government, according to the Labor Department. That comes out to 19.8 percent of the Black workforce, compared to 14.6 percent for whites and 11 percent for Hispanics.

Public employee pensions, averaging a modest $19,000 statewide, had no role in creating the country's economic disaster. Where's the fairness in a plan that would penalize future generations of New Yorkers-and workers of color in particular-for the reckless behavior of big banks and Wall Street?

Let's not forget that public employees contribute to their pensions in the form of deferred wages. Last year they agreed to pay more into their funds, giving New York $35 billion in future savings. Now they're being asked to give again with a plan that steers them toward 401(k)s even though multiple studies show that traditional pensions offer more security, better long-term investments and are more cost-efficient for workers and employers. That's why several states that switched to 401(k)s have now opted to return to defined benefits.

It is not a coincidence that these proposed reforms are appearing while a national campaign against the rights of working people sweeps across the nation, using the financial meltdown as an excuse to roll back labor gains.

Retirement security is at the heart of the basic protections that unions provide for their members, and it is not something we are prepared to give up. We are united in our commitment to retaining defined benefits for public employees. In fact, we believe it's a pension that every working American should have.