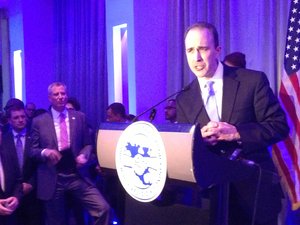 The awardees credited working people and the fight for human rights as the inspiration for their work.  Mayor Bill de Blasio was also on hand, to celebrate the awardees, and to reaffirm his commitment to working with the labor movement to help working people secure better wages, benefits, and workplace respect.