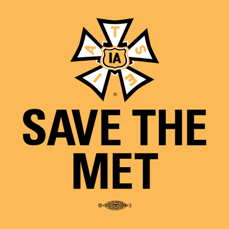 Statement by Matthew Loeb International President, I.A.T.S.E. on Settlement at the Metropolitan Opera with Local 1

We’re pleased to announce a tentative agreement was reached early this morning between management representatives of the Metropolitan Opera and members of I.A.T.S.E. Local 1.

This wasn’t easy. However, after a summer spent negotiating, in these final hours we were able to craft an agreement that allows the show to go on and is fair for our members.

We’ve said since bargaining began in May that IA members understand the financial realities facing the Metropolitan Opera. We’ve always been willing to contribute to a solution that will keep the world’s best operas in front of the world’s greatest opera fans.

We also have insisted, from day one, that management must confront budget realities and make substantial and quantifiable contributions to a financially sustainable business model.

The tentative agreement we reached today – which includes mandatory cost reductions from management and an independent monitor to track budget performance – offers a way to get the Met on a track for success.

We look forward to presenting the details of the agreement to members of Local 1 for their decision on ratification. And we’re committed to remaining at the bargaining table to conclude agreements for the other six I.A.T.S.E. local unions whose members make the magic happen at the Metropolitan Opera at every performance.

Statement by Matthew Loeb International President, I.A.T.S.E. on Settlement at the Metropolitan Opera with Local 1