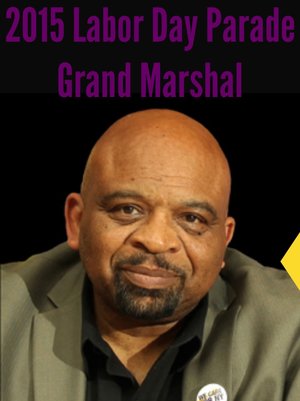 George Gresham was elected 1199SEIU President in April 2007. He is the fifth president in the union’s 75-year history.

In June and July 2009, George directed the successful collective bargaining with the League of Voluntary Hospitals and Homes on behalf of 135,000 New York metropolitan area members at 87 institutions. The contract expands job security guarantees for the members—including part-time workers---and a host of other employment security measures, including a pledge of a job within six months for any member who loses a job as a result of state-mandated hospital closing and downsizing. The contract also secures the health benefits including world-class comprehensive coverage with no out-of-pocket expenses, improves the pension benefits (already among the best in the country) and gives a 10 percent compounded wage increase through April 2015.

Mr. Gresham also serves as a Vice President of the Executive Board of Service Employees International Union (SEIU) with 2.1 million working members in locals throughout the nation, and co-chairs the 1199SEIU National Benefit Fund, the largest self-insured union healthcare plan in the nation, the 1199SEIU Training and Upgrading Fund, which has employer contributions and grant funding of over $150 million per year, the 1199/Employer Child Care Fund, which covers over 50,000 children of members, and the 1199SEIU Pension Fund, which has nearly $7 billion in assets.

The grandson of a Virginia sharecropper, Mr. Gresham spent his early childhood in the segregated school system of the state. When his parents got jobs as live-in domestic help for a wealthy Long Island family, George was left with his grandparents until his parents could afford to bring him north. Eventually Mr. Gresham’s father became a trucker and eventually a member and activist in the Teamsters Union. The economic impact of a good Union job on the family’s living standards was not lost on George Gresham.

In 1975, at the age of 20, he went to work in the housekeeping department at Columbia Presbyterian Hospital in northern Manhattan. He soon moved up to become a clerk in the radiology department and then—through the Union’s Training and Upgrading Fund--studied to become an MRI Technologist.

He is married and the proud father of three children. He lives in The Bronx, NY.