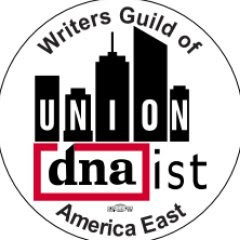 Last week, workers at neighborhood news sites DNAinfo and Gothamist marked 100 days since they informed their employer they had joined the Writers Guild of America, East. In April, about a month after DNAinfo and Gothamist merged, the editorial employees asked management for voluntary recognition of their union. Since then, conservative billionaire DNAinfo owner Joe Ricketts and once-progressive Gothamist co-founder Jake Dobkin have been waging an anti-union campaign, even threatening to close the shop altogether rather than recognize the union.

In a statement, the workers said: “It has been more than 100 days since the editorial workers of DNAinfo and Gothamist asked management to voluntarily recognize our union. We said then and we repeat now that voluntary recognition is the best way for both workers and the company to move forward and decide on a contract that helps to attract and retain quality reporters to continue making DNAinfo and Gothamist the vital neighborhood resources our readers rely on. We remain committed to working with management to continue providing the best local and neighborhood news in New York City.”

In the past week, workers and labor allies have ramped up their campaign on social media. You can support by tweeting @JakeDobkin, @Gothamist, and @DNAInfo, telling them to recognize #DNAistUnion. Find sample tweets below:

.@jakedobkin once stood up for his workers. Now, he sides with anti-union billionaire Trump supporters #WhichSideAreYouOn #DNAistUnion

Do the right thing @jakedobkin and recognize your workers right to unionize! #BeALeader #DNAistUnion #WGAE