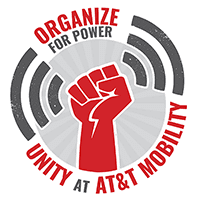 After roughly a year of bargaining, CWA announced this week that it has reached a tentative agreement for 21,000 members covered by the Orange contract at AT&T Mobility.

The tentative contract includes wage increases, increased job security, and an increase in paid time off provision for union activities.   If workers approve the proposed contract during a January 12 vote, the new agreement would run until 2021.