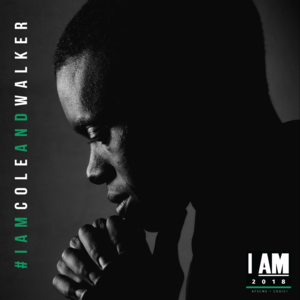 As America celebrates the start of Black History Month, the AFL-CIO is reaffirming its commitment to fighting for black workers who make up such a vital part of our union movement.

I AM 2018: National Moment of Silence

Yesterday, a national moment of silence was held to commemorate the lives of Echol Cole and Robert Walker. Cole’s and Walker’s on-the-job deaths sparked the Memphis sanitation strike of 1968 and continue to inspire calls for greater job safety.

That spring, Dr. Martin Luther King Jr. traveled to Memphis to join the strikers — members of AFSCME Local 1733 — where he gave his prophetic “Mountaintop” speech the day before he was killed.

The moment of silence is one of many actions planned in 2018 to honor the lives of the fallen workers, the life and legacy of Dr. Martin Luther King, Jr., and the significance of the 1968 strike.

The AFL-CIO Labor Commission on Racial and Economic Justice recently released a report on the state of racial justice in the labor movement and recommendations to help the labor movement become a more inclusive and better advocate for economic justice.

AFL-CIO President Richard Trumka stated “The future of the labor movement depends on us celebrating and protecting our differences. Our power and strength grows out of our solidarity. When working people are divided, working families lose, unions lose, the forces for progress lose and our democracy is weaker.

The labor movement embraces all working people—whatever their religious beliefs, wherever they live, whomever they love, whatever they look like. An attack on any one of us—on a worksite, at a peaceful protest, on social media—is an attack on all of us. This is what solidarity means.”