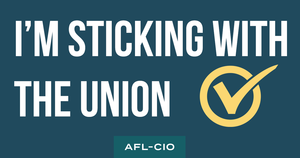 The Supreme Court on Wednesday issued its decision in Janus v. AFSCME, which dealt with the fees that public unions can collect from non-members. In the 5-4 decision, the justices ruled that people who aren’t union members but are represented by a public union cannot be obligated to pay fair share agency fees.

Though the result is extremely disappointing, it was not unexpected. The NYC CLC and its affiliates have been laying the groundwork in preparation for such an outcome for months. This spring, in partnership with the CUNY Murphy Institute and the Worker Institute at Cornell, the CLC sponsored a series of workshops aimed at giving local unions the tools to move toward a culture that is driven by a focus on constant member engagement and development. The series was overwhelmingly productive and successful, with more than 20 unions and 50 representatives participating.

We are now preparing to run a second series of classes beginning in late July, for organizations that were not able to participate in the spring sessions. Dates and location info are being finalized and will be sent out shortly. We are also able to design custom training modules at the request of affiliates who would like to offer trainings to a wider subset of their members.

A strong labor movement is critical to achieving family-sustaining wages, meaningful benefits, and a path to the middle class for workers throughout our city. We are more determined than ever to fight for workers’ rights to a voice in their workplace and in their collective futures. Despite yesterday’s decision, New York City is, has always been, and will continue to be a Union Town.

What Is Janus v. AFSCME, Council 31, and Why Is It Important?
Statement from NYC CLC President Vincent Alvarez in response to the US Supreme Court Decision on Janus v AFSCME Council 31

New York, NY - "We know that these attacks on unions are being driven by anti-worker and other right wing interests to strike a bl