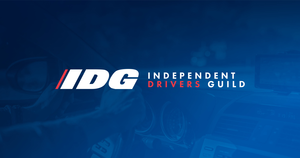 The city Taxi & Limousine Commission is proposing a minimum wage for drivers, addressing rock-bottom wages among Uber and other for-hire operators, officials said this month. The proposal would set a minimum trip standard that’ll work out to a $17.22-an-hour minimum wage, which for an independent contractor would be the same as $15 an hour with paid time off. A study on the proposal found that a majority of the city’s for-hire drivers work full-time and 85% of drivers make less than the proposed wage. Drivers who take carpool trips would get a $1 bonus for each pickup. The higher wage would boost drivers’ income $6,345 a year on average, or a 22.5% increase, after expenses

"The new study confirms what we’ve been saying for some time — that drivers are in fact struggling and it’s time to act,” said Independent Drivers Guild founder Jim Conigliaro. “New York must require exploitative companies like Uber and Lyft to pay a livable wage. The city must lead the way for a more fair industry on behalf of the more than 65,000 app-based drivers in our city, as well as to set a precedent for those struggling all across the U.S.” Read more about the proposal here, and check out a timeline of IDG’s campaign for a regulated minimum pay rate and a cap on new TLC drivers here.

IDG also recently worked with the Black Car Fund to launch landmark new benefits for some 43,000 For Hire Vehicle drivers in NYS, which could be a model for winning protections for "gig workers" in other cities and states. Read more about the benefits, which include coverage for vision care as well as phone or video appointments with doctors, here.