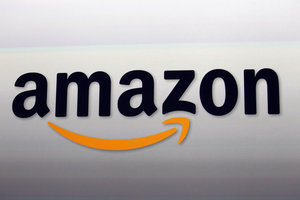 This week's news that Amazon may be planning to open part of its HQ2 in Long island City has sparked concerns for some about gentrification, strains on existing infrastructure, and using taxpayer subsidies to help a massively profitable private business set up shop. In addition, advocates for working families point out that Amazon has a record of putting workers in treacherous situations, failing to provide decent health coverage, retirement security, and advancement opportunities, and subjecting workers to anti-union propaganda and intimidation when they try to organize for better working conditions.

"Amazon, one of the wealthiest and largest companies in history, needs the city more than the city needs Amazon – plain and simple," Stuart Appelbaum, President of the Retail, Wholesale and Department Store Union (RWDSU) said in a statement. "If Amazon wants to come here, they can afford to do so on their own. RWDSU is deeply concerned about using tax payer subsidies for a company run by the richest man on earth to set up shop in our city, especially when it’s something they want to do and can do on their own anyway. Tax payers shouldn’t be on the hook to help Amazon be profitable – it’s a massively profitable private business.”

Read more about the potential move in the New York Daily News, amNewYork, and Vox.