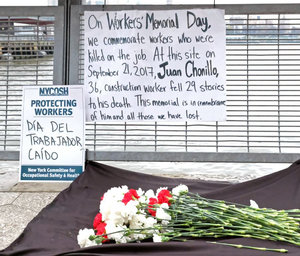 Exposure to harmful substances or environments was the third-most frequent fatal work event with 14 fatalities, followed by transportation incidents with 11 work-related deaths. Both of these event categories were up from 2016. The private construction industry sector had the highest number of workplace fatalities in New York City with 20, little changed from the previous year. Read the full report here.