The Staff Of Gimlet Media Is Unionizing 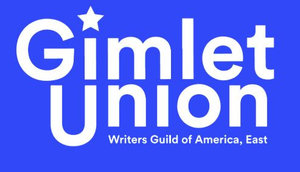 In a first for the podcasting industry, the 83-person staff of Gimlet Media, a podcasting startup acquired by music streaming service Spotify for $230 million in February, is unionizing with the Writers Guild of America, East (WGAE). Gimlet, based in Brooklyn, was founded in 2014 and produces popular podcasts including Reply All, StartUp, and Crimetown.

“As Spotify’s reported $230 million acquisition of Gimlet makes clear [...] Gimlet is no longer the small, scrappy operation memorably documented on the first season of StartUp,” the Gimlet organizing committee wrote in a statement published Wednesday. “Our union is an expression of passion for what we do, and a proactive effort to work with management to shape the future of the company. It’s important for us to solidify the things that make Gimlet a great place to work, and to address whatever issues may arise.”

Among the issues Gimlet’s union says it plans to focus on are fair treatment of contractors, workplace diversity, employee intellectual property, and transparency around pay, promotions, and termination. Employees, 75% of whom signed union cards in support of the organizing campaign, are asking management to voluntarily recognize their union. Read more here.