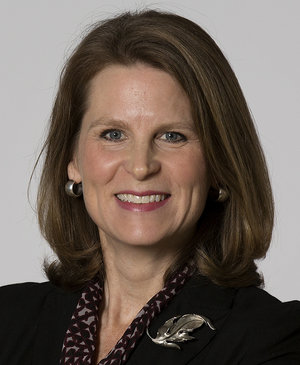 As a graduate of the University of Oregon with a degree in journalism, Elizabeth (Liz) Shuler, like many young people today, pieced together part-time jobs, lived at home and struggled to find decent work in the early 1990s. Experiencing uncertainty in the economy made her realize that every job is an opportunity to stand up for the underdog. Today, as secretary-treasurer of the AFL-CIO, the second-highest position in the labor movement, Shuler serves as the chief financial officer of the federation and oversees operations. Shuler is the first woman elected as the federation’s secretary-treasurer, holding office since 2009.

Shuler’s efforts to broaden the union movement to engage young people and her work to improve the economy for all working people challenges assumptions about the “old fashioned” labor movement. Shuler looks at technological change as an opportunity to be relevant to the next generation workforce. Technology offers new opportunities and challenges to strengthen worker voice and new pathways for workers to learn skills and stay relevant in a changing economy. She knows that digital tools can help workers organize in new and powerful ways, and that the labor movement should be on the cutting edge of change.

"This is such an exciting time for working people all across the country who are joining together and mobilizing on a scale that I’ve never seen. From teachers and hotel workers to video game developers and grocery store workers, the power of working people is rising. It'll be such an honor to be in New York City with workers who lead this charge and make lives better for all working families every day."