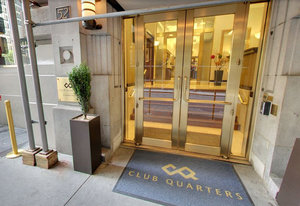 Sam Chang, the hotel mogul who’s come under fire for getting tax rebates while receiving city subsidies to house the homeless, has also attracted the ire of organized labor. After workers who cleaned the rooms at his Club Quarters Wall Street voted to unionize, Chang fired them with no notice in one fell swoop in August.

Adisa Hasangic, 48, had been working there for 23 years. It was a job she got after coming to the U.S. as a refugee from Bosnia in 1996. She told the Daily News that when she went to clean her locker, her belongings and those of her colleagues had already been unceremoniously dumped on the basement floor.

Just two months earlier, she and her co-workers voted by a 32-8 margin to unionize with the New York Hotel Trades Council, in part because of abuse workers allege management had been doling out for years. But Chang and his McSam Hotel Group were not having it. By Aug. 2, 48 workers were out of their jobs. The hotel, which is still owned by Chang, has since changed its name to the Radisson Hotel New York Wall Street. On Tuesday, Gov. Cuomo directed the state Labor Department to launch an investigation into the mass firing. Read more about Sam Chang’s union busting efforts here!