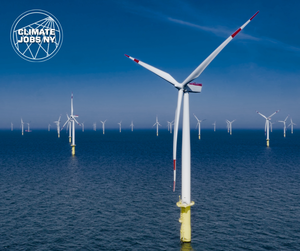 The Biden administration has tapped New York's Amanda Lefton to serve as the new Director of the Bureau of Ocean Energy Management (BOEM). Lefton previously served as the First Secretary for Energy and the Environment under Governor Cuomo, and in addition to her subject-matter expertise she brings a deep understanding of offshore wind's economic development potential in New York and the region.