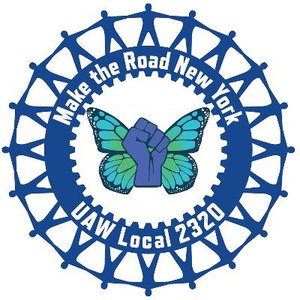 On Monday, workers at Make the Road New York (MRNY) announced that an overwhelming majority have organized to form a union with the National Organization of Legal Services Workers/UAW 2320 in order to continue to organize and provide essential services to immigrant and working class communities of color.

"For over 20 years, MRNY has fought for the rights of New Yorkers through community organizing, direct services, transformative education, and policy innovation," the union said in a statement on Twitter. "We hope that Make the Road New York management will voluntarily recognize our union and thus ensure that the principles of justice and dignity that we fight for as an organization are preserved in our workplace."