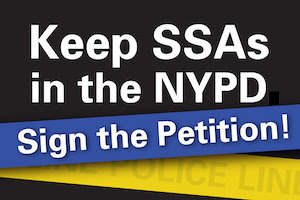 With the NLRB ballot count completed, the Queens Defenders Union, UAW 2325 has been certified as the bargaining representative of the professional employees of Queens Defenders by a vote of 46-12.

Last month, Queens Defenders Executive Director Lori Zeno terminated two employees in the midst of the union drive, as workers were returning union election ballots. Those firings represented a continued escalation of heavy-handed union-busting activity on the part of Ms. Zeno. In December, QD attorneys and social workers had announced that 90% of them had signed cards to unionize, but Ms. Zeno and QD management refused to voluntarily recognize the union, instead forcing an election and resorting to increasingly brazen intimidation tactics in an effort to dissuade would-be union members—an effort that has now decisively failed.

“We cannot express enough our respect for the brave Queens Defenders workers who fought through a scorched earth union busting campaign and emerged victorious. We call on management to bargain in good faith,” said Alexi Shalom, an organizer with ALAA. “We look forward to working closely with Queens Defenders management to achieve a fair contract.” Read more here, and follow @alaa2325 and @qdunion on Twitter!