A Year of No Music in NYC 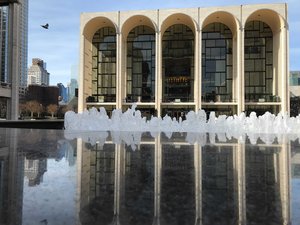 Musicians marked a grim anniversary this week: it's been a year since the NYC music industry shut down, leaving most musicians without pay and benefits for the past 12 months, including the musicians of the Metropolitan Opera, New York Philharmonic, NYC Ballet, all of Broadway.

President's report: A year in our lives