Editorial Workers at Insider Unionize with The NewsGuild of New York 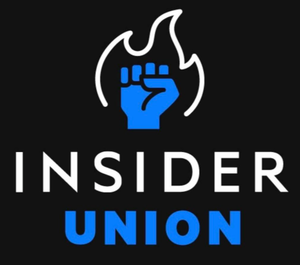 On Monday, an overwhelming majority of editorial workers at Insider, formerly known as Business Insider, announced that they have organized to join The NewsGuild of New York. In the spirit of making their newsroom “better every day,” the Insider Union is seeking voluntary recognition from the company in order to begin negotiations for a first contract.

The unit of over 300 people represents journalists and editorial workers across multiple departments, on both web and video. Critical to the growth of Insider from a start-up to an award-winning international news organization, staffers have organized to increase transparency in company decision-making; to promote diversity, inclusion, and equity in hiring and retention; for a responsive and fair metrics system that supports professional success; as well as to build a collaborative environment that values their contributions and labor.

"My colleagues and I deserve to have our voices heard and recognized,” said Nico Reyes (she/her), Producer at Insider. “We're uniting to demand a seat at the table to bargain for a fair contract and better workplace. I'm so proud of the work that has been done so far and can't wait to see where we go from here." Read more here and in The New York Times!