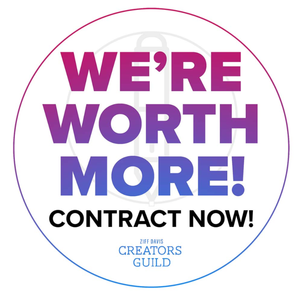 Yesterday, unionized editorial employees at Ziff Davis — Mashable, PCMag and AskMen — walked off the job for 24 hours to protest the company’s failure to agree to a living wage for all employees and to demand that management bargain in good faith.

For over two years, Guild members at Ziff Davis have been bargaining their first contract. However, over the course of negotiations, management has continued to evade and stall bargaining. Ziff Davis members organized in 2018 and the union was voluntarily recognized within two weeks of its announcement. Workers have spent the past two years working to secure a contract that reflects the value of their work. Notably, members fought for and won just cause, no exceptions after management refused to negotiate over equitable and transparent job security.

The company continues to undermine negotiations by ignoring critical requests for information and circumventing the union by illegal “direct dealing” with employees. More egregiously, management has doubled down on its disrespectful wage proposal that would continue to force many Ziff Davis employees, who live and work in one of the most expensive cities in the world, to face significant financial struggle. Follow the Ziff Davis Creators Guild's fight for a fair contract on Twitter!