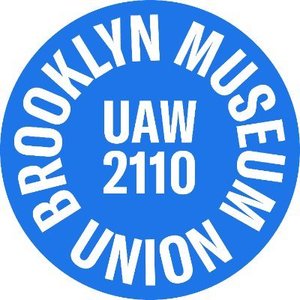 Employees at yet another of New York City’s major museums have taken steps to form a union. This time the organizing effort is taking place at the Brooklyn Museum, where a proposed union would represent a mixture of full- and part-time workers. The Technical, Office and Professional Union, UAW Local 2110 filed a petition on  Tuesday asking for an NLRB vote.

The proposed bargaining unit includes about 130 employees, including curators, conservators, editors and fund-raisers, who have full-time salaried jobs; and part-time educators, visitor services workers and gift shop employees. Natalya Swanson, a conservator at the museum who has taken part in the organizing effort, said that workers are concerned with, among other issues, job security, pay equity and having a clear path for promotion.

“People see many advantages to having a more democratic voice in the institution,” she said. “We recognize that we have the ability to advance the conditions for everyone in the workplace.” Read more in the NY Times, and follow the new union on Twitter at @bkmuseumunion.

Last week, employees at the Whitney Museum also moved to form a union with Local 2110, which already represents workers at institutions like the Museum of Modern Art, the New Museum and the New-York Historical Society.