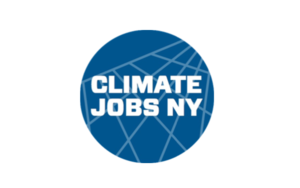 The Department of Interior’s approval of the Vineyard Wind Project, the first large-scale offshore wind project in the U.S., puts into action the Administration’s promise to build a green new economy with good family-sustaining union jobs. This is an important step forward for offshore wind in the region and as Climate Jobs NY continues to push major wind projects forward in New York, this is an important momentum driver.

“Today is one of many actions we are determined to take to open the doors of economic opportunity to more Americans.” Interior Secretary Deb Haaland said. “A clean energy future is within our grasp in the United States.”

The 800-megawatt Vineyard Wind energy project will be located off the coast of Martha's Vineyard. According to NPR News, the project is expected to produce enough renewable electricity to power 400,000 Massachusetts homes every year while also saving ratepayers billions of dollars and reducing annual carbon dioxide emissions in the state by about 1.68 million metric tons. President Biden has set a goal of launching 30,000 megawatts of offshore wind capacity by 2030.

“This project represents the power of a government-wide approach to offshore wind permitting, taking stakeholder ideas and concerns into consideration every step of the way,” said Bureau of Ocean Energy Management Director (BOEM) Amanda Lefton.