Editorial Staffers at Forbes Unionize with The NewsGuild of New York 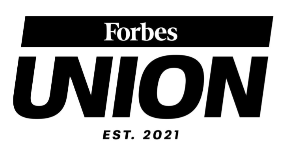 On Tuesday, the editorial workers at Forbes announced their intention to unionize with The NewsGuild of New York with over 80% of eligible staffers signed on to the campaign. Forbes staffers are asking company management to respect their collective voice and recognize their union.

For over 100 years, Forbes has been an influential news source that identifies business trends and holds those with power and great wealth to account. Now, the reporters, editors, designers, videographers and social media editors who make Forbes great seek to ensure that the magazine remains a leading voice in the business industry with a voice for those who produce it.

The Forbes Union organized to secure the standards of a professional newsroom: a more inclusive and transparent workplace, job security, transparency, a collaborative professional environment that removes the top-down management structures, equity in pay and opportunity, and accountability.

The staffers organized during the pandemic and an increasingly precarious industry, joining thousands of courageous journalists and media professionals across the nation who have organized their newsrooms and workplaces.

“This is largely about strengthening a greater sense of balance within the newsroom,” said Matt Kang, Video Producer at Forbes. “The more balanced we are as a unit, the stronger we can perform in an increasingly competitive and crowded media landscape and ensure our successful track record.” Read more here and watch the Forbes Union announcement video here!