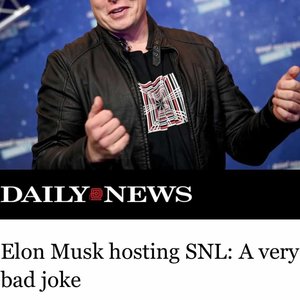 "Before we even find out if Elon Musk can do comedy, we know this: Letting him host 'Saturday Night Live' is a joke," writes AFL-CIO Secretary-Treasurer Liz Shuler in a NY Daily News OpEd this week. Musk is scheduled to host SNL this Saturday.

"Musk has used his social-media megaphone to spread misinformation about COVID, endanger employees’ health and violate their organizing rights. He’s exactly the kind of union-busting CEO who proves why American workers need the PRO Act, a bill sitting in the Senate that will help us reclaim our power. As the pandemic raged, Musk ignored local health orders, reopened the Tesla facility in Fremont, Calif., and only granted unpaid leave to Tesla employees. When they took it, he fired them anyway — simply for trying to stop the spread and caring for their health. At least 450 Tesla workers were infected."

"In recent years, Tesla and SpaceX — Musk’s private company dedicated to space exploration — have received nearly $5 billion in government aid. We helped make Musk the third-richest man in the world. But we didn’t get a widely shared return of the profit. If he won’t treat his workers with respect and recognize their rights, the least we can do is offer those workers a voice. And the last thing we should do is celebrate Musk on one of the nation’s most celebrated stages." Read the full OpEd here!