Newsroom Staffers at The Atlantic Announce Formation of a Union, Win Voluntary Recognition 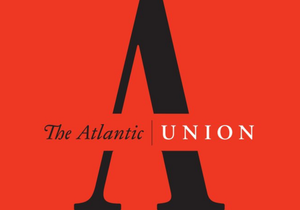 Journalists at The Atlantic announced the formation of a union on Monday, reporting that 80% of staff writers, copy editors, fact checkers, staff editors, art directors, engineers and producers at the magazine and online platform had signed cards indicating support for The Atlantic Union. They will become part of the NewsGuild of New York and represent close to 100 people.

“For 163 years, The Atlantic has been an indispensable voice, and we want to keep it strong for the next 163 years by ensuring fairness and protection for the staff,” said staff writer David A. Graham. “Our supporters include some of our longest-tenured staffers and newest colleagues, from the entry level to veteran stars. We hope management will recognize us quickly so we can get to work negotiating a fair contract.”

Shortly after the workers’ announcement, management said they would do exactly that – recognize the union voluntarily.

During a year marked by crisis, instability and isolation, in the world generally and in the industry, editorial employees at The Atlantic have faced layoffs, uncertainty and the immense burden of personal anxiety and grief, while also producing excellent journalism about the crisis, workers said in a press statement. The experience has galvanized those staff members in the effort to take collective action to protect their careers and ensure The Atlantic’s future. Follow The Atlantic Union on Twitter @theatlunion!