Partnership Between Local 802 and NYC Gets Musicians Back to Work 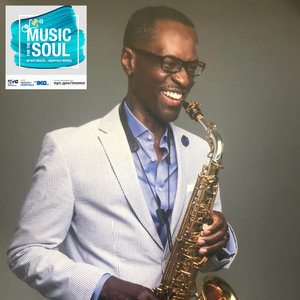 Musicians are working again, thanks to a unique partnership between NYC and Local 802. The union just completed an 8-week performance series called Music Heals, with an encore production on the way. Union musicians performed live at vaccination sites throughout the city in a program co-sponsored by the Mayor’s Office for Media and Entertainment.
The partnership paid out almost $200,000 in union gigs and about 350 union members took part in over 100 performances.

The union also won a grant for another series of union gigs, called Music for the Soul, which will last throughout the year and into next. This series involves union members performing concerts from their own homes that are streamed to all NYC hospitals, and will soon involve live performances in hospitals. "As we continue to transition back into socializing and gatherings in public places, there are still folks who may not be able to do so, "said Local 802 musician Mark Gross (pictured). Gross added, "It's my hope that opportunities such as this provide an opportunity for us to gather virtually and celebrate and appreciate one another. It has always been my aim to have music serve as a catalyst for unity, peace and light."

To apply for these gigs, visit www.local802afm.org/music-for-the-soul.

Music for the Soul