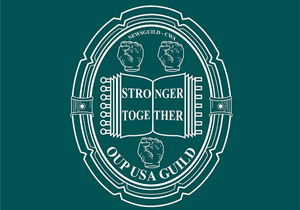 Employees at the New York office of Oxford University Press announced Wednesday that they are unionizing.

“We are taking this step to advocate for ourselves and for the future of this company,” they said in a press statement. The union will represent about 165 editors, designers and sales and marketing staff.

“We believe in OUP’s excellence in research and scholarship, its academic publishing and its not-for-profit mission,” said Jamie Burns, a media editor. “We believe that by forming a union we can advocate for ourselves and make all those parts of our mission more excellent.”

Scott Morales, department coordinator in the office of strategy and transformation, said that after a year and a half of organizing, “It’s just so thrilling,” to announce their plans. But the work is just beginning, he said. “We’ll have to fight to get recognition and negotiate a contract.”

Academics and authors can help by clicking here to call on the company’s leadership both in New York and the UK to voluntarily recognize their union immediately and to join them at the bargaining table. And be sure to follow the OUPUSA Guild on Twitter!