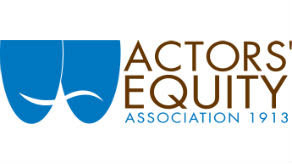 Actors' Equity Association celebrated Congress reintroducing the bipartisan Performing Artist Tax Parity Act (PATPA). This bill would correct an unintended consequence of the 2017 Tax Cut and Jobs Act which led to tax increases for many workers who could no longer deduct the cost of their ordinary and necessary unreimbursed business expenses.

“The overwhelming majority of Equity stage managers and actors are working-class people who work hard to make ends meet, and unlike other workers, they often have to spend 30 percent of their income on business expenses," said Kate Shindle, president of Actors’ Equity Association. "Our producers can deduct their business expenses, and we should be able to do so too. The Performing Artist Tax Parity Act will put more money in the pockets of working performers when they need it the most as we work toward recovery in the arts sector.”

To build support for PATPA, Equity has come together with arts and entertainment unions, working in partnership with each other to meet with Congressional offices. Since PATPA was first introduced in June 2019, the unions have held dozens of meetings with congressional staff. Equity and SAG-AFTRA have also submitted testimony to the House Ways and Means Committee regarding the need for tax fairness for actors and stage managers. Read More.