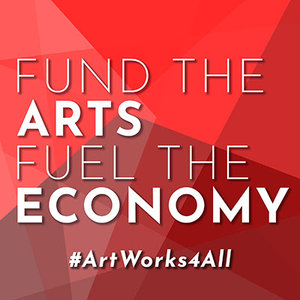 Actors’ Equity Association is thrilled with the news that the House of Representatives Appropriations Committee approved President Biden’s full budgetary request of $201 million for the National Endowment for the Arts, a record for the agency.

Equity has long made public arts funding a cornerstone of the union’s advocacy. This included fighting back against multiple attempts for the Trump administration to eliminate the NEA altogether, and championing a budgetary increase of over $7 million last year. The union is pushing for a long-term goal of Congress to increase NEA’s budget increase to $331 million, a dollar per capita.

Recently, in partnership with IATSE, Equity's members and allies sent nearly 14,000 letters to their elected representatives in support of increasing funding for the NEA. Read more here!