Workers at the Hispanic Society Join in Union with UAW 2110 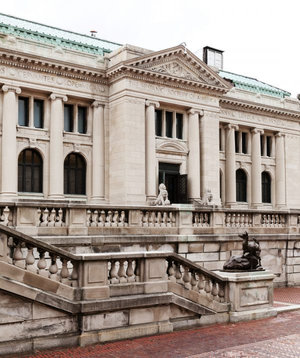 Workers at the Hispanic Society, which runs a museum and library in upper Manhattan dedicated to the arts and literature of Spain and Latin America, this week voted to join UAW Local 2110. The workers were galvanized to join a union when museum leadership decided to end the employee pension plan this year. The institution, which employs about 25 people, has been shut to the public since 2017 as it undergoes a major renovation.

“The need for union protection has become pressing,” said John O’Neill, who has worked at the Hispanic Society for 26 years, in a statement issued in May, when the unionization effort was announced. “When the Society’s board terminated the pension plan earlier this year, they betrayed our trust as employees.” Read more about Local 2110's work organizing both the Hispanic Society and the Whitney Museum here.

Employees at the Whitney and Hispanic Society seek to unionise