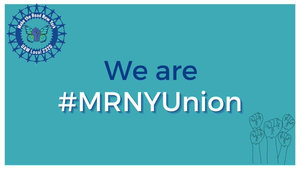 This week it was announced that an overwhelming majority of staff at Make the Road New York have officially chosen to form the Make the Road New York Union, affiliating with the National Organization of Legal Services Workers, UAW Local 2320. The union was certified via a card count process overseen by Assemblymember Jessica González-Rojas. The workers announced they were forming a union back in March, with the goal of continuing to organize and provide essential services to immigrant and working class communities of color. Follow the new @mrnyunion on Twitter!