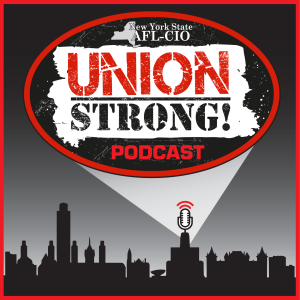 The essential workers at United Metro Energy Corporation in Brooklyn, New York have been on strike since mid-April. The oil terminal workers are fighting for their first union contract after joining Teamsters Local 553 in 2019.

On the New York State AFL-CIO's latest Union Strong podcast Andre Soleyn, a terminal worker and leader of the strike, talks about their fight to get what they deserve and their determination to prevail. Click here to listen.

Union Strong Ep 72: Fighting for Fairness on a picket line in Brooklyn