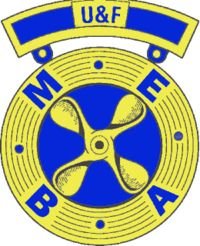 As the Department of Transportation struggles to provide full service on the Staten Island Ferry amid ongoing staffing issues, the Marine Engineers’ Beneficial Association (MEBA), the union that represents the captains, assistant captains, mates, chief engineers and marine engineers, is making the case that the city’s continued refusal to provide a new contract with higher compensation has contributed to the insufficient staffing.

Roland Rexha, secretary treasurer for MEBA and former shop steward at the Staten Island Ferry, told the Staten Island Advance that the compensation currently being offered by the city is far below what union members could make elsewhere in the country, making it difficult for the city to acquire and retain these workers, who often leave for better-paying jobs. “This idea that they have people in the pipeline is a misnomer, because nobody sticks around, they leave,” said Rexha. “Why would they stay at the Staten Island Ferry when it’s not even close to the industry wages?”

“We need to get much more competitive in the marketplace if we are going to retain and draw that talent," said Staten Island Borough President James Oddo. "You cannot have this union not have a contract and not be competitive in salary and benefits and think we’re going to be able to attract enough people to staff these positions.” Read more in the Staten Island Advance.