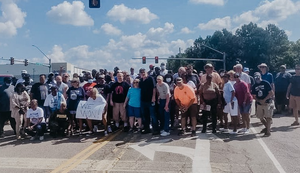 After weeks of strikes and protests, Nabisco workers last weekend voted to ratify a new contract and end their strike. The new agreement includes hourly wage increases each year for 4 years, a $5000 bonus for all employees, doubles 401(k) contributions, and blocks Mondelez's planned health care cuts. Approval of the contract ends the BCTGM’s strike against Nabisco which began on August 10, 2021.

In commenting on the membership vote to ratify the new contract, BCTGM International President Anthony Shelton stated, “This has been a long and difficult fight for our striking members, their families and our Union. Throughout the strike, our members displayed tremendous courage, grit and determination.The BCTGM’s striking members made enormous sacrifices in order to achieve a quality contract that preserves our Union’s high standards for wages, hours and benefits for current and future Nabisco workers. Their sacrifice will benefit all BCTGM members and working people around the country for years to come. Those Brothers and Sisters who walked the picket lines day in and day out are true BCTGM heroes.

“The BCTGM is grateful for the outpouring of fraternal support and Solidarity we received from across the labor movement in the U.S. and around the world."