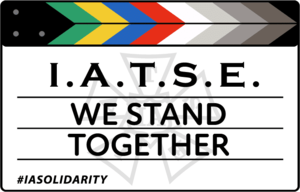 A nationwide strike that would have started Monday was averted over the weekend when the International Alliance of Theatrical Stage Employees (IATSE) reached a tentative three-year agreement with the Alliance of Motion Picture and Television Producers (AMPTP) for The Basic and Videotape Agreements which affects 40,000 film and television workers represented by 13 West Coast IATSE local unions. The deal will next go to members for a ratification vote to be scheduled.

The proposed contract addresses core issues, including reasonable rest periods; meal breaks; a living wage for those on the bottom of the pay scale; and significant increases in compensation to be paid by new-media companies. Negotiations continue for those who work under the similar Area Standards Agreement and belong to IATSE local unions in major production hubs such as New York, New Mexico, Illinois, Georgia and Louisiana. Read more here.