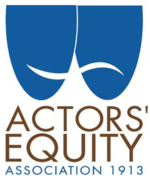 Actors' Equity Association has issued a study examining the role of public arts funding in diversity, equity and inclusion in the theatre industry. This report profiles positive examples of arts funding that engenders greater diversity, including the New York State Council on the Arts. The study also makes recommendations for how states and cities can better support DEI initiatives through their arts grants.

Equity President Kate Shindle announced the report at an event at the National Press Club, where she also spoke about the importance of recognizing artists as workers at this pivotal moment as theatre reopens on Broadway and across the country.

"Live performing arts is a fiscal engine that drives communities large and small," said Kindle. "Yet we lag behind other industries when it comes to paying living wages and other worker protections." Read more here!