NYC Architects Seek to Unionize with the Machinists 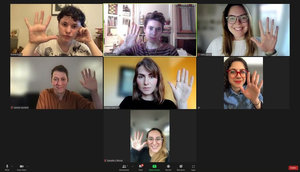 On Tuesday, employees at the well-regarded firm SHoP Architects announced that they are seeking to unionize with the International Association of Machinists and Aerospace Workers. If successful, they will be the the first union at a prominent private-sector architecture firm in the country.

The organizers at SHoP, which has about 135 employees and is known for its work on the Barclays Center in Brooklyn and a luxury building south of Central Park previously called the Steinway tower, among other projects, said well over half their eligible colleagues had signed cards pledging support for the union. The workers are asking for voluntary recognition from their firm, and they may not be the only ones —an organizer for the Machinists union told the NY Times that the union has spoken with architects in the process of organizing at two other prominent New York firms.

“Many of us feel pushed to the limits of our productivity and mental health,” Architectural Workers United wrote in a letter to their firm’s leadership on Monday. “SHoP is the firm that can begin to enact changes that will eventually ensure a more healthy and equitable future.” Read more in the New York Times and Archintect, and follow Architectural Workers United on Twitter!