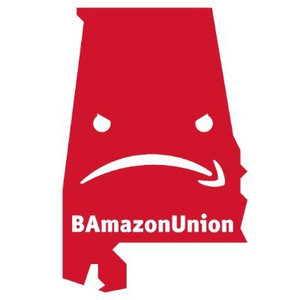 Workers at the Amazon warehouse in Bessemer, Alabama, will have their voices heard in a second union election in February after the corporation broke the law during the original vote last year. The National Labor Relations Board announced Tuesday that it will be sending ballots out to workers on Feb. 4, with the seven-week mail-in election ending on March 28. The second election was ordered after NLRB Regional Director Lisa Henderson found that Amazon had hijacked the election and gave workers “a strong impression that it controlled the process.”

“Amazon’s misconduct during the first union election so tainted the outcome that the NLRB overturned the results and directed a second election for workers in Bessemer, Alabama," the Retail, Wholesale and Department Store Union said in a statement. "We are deeply concerned that the decision fails to adequately prevent Amazon from continuing its objectionable behavior in a new election. We proposed to the NLRB a number of remedies that could have made the process fairer to workers, which were not taken up in the Notice of Election issued today. Workers' voices can and must be heard fairly, unencumbered by Amazon’s limitless power to control what must be a fair and free election, and we will continue to hold them accountable for their actions.” Read more in the Huffington Post.

On Monday, the Director of Region 10 of the National Labor Relations Board (NLRB) formally issued a Decision and Direction of a Second Election, gr