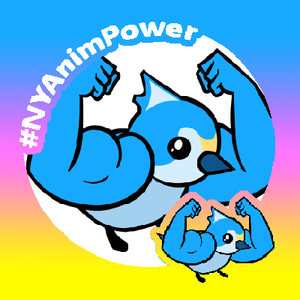 This week, the majority of animation workers at Harriet the Spy and Superjail! studio Titmouse who are based in New York signed union cards to be represented by The Animation Guild, IATSE Local 839, and Titmouse management voluntarily recognized the union. The bargaining unit of 113 workers covers roles such as 3-D modelers, directors, storyboard artists, and prop designers, among others. This marks the first time the Guild has unionized a company outside of Los Angeles County since the signing of its charter in 1952.

“I’m overjoyed that my students and young peers will be able to thrive in an environment that supports them from today forward," said Titmouse story artist Chrissy Fellmeth. "To my fellow New Yorkers in animation and production, I’m confident that our collective pain is being recognized now that we have a seat at the table.” Read more in The Hollywood Reporter and follow the Titmouse NY workers on Twitter.