Players Union Responds After MLB Cancels the Start of Season 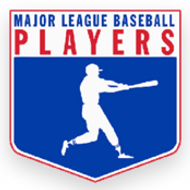 "Rob Manfred and MLB’s owners have cancelled the start of the season. Players and fans around the world who love baseball are disgusted, but sadly not surprised. From the beginning of these negotiations, Players’ objectives have been consistent—to promote competition, provide fair compensation for young Players, and to uphold the integrity of our market system. Against the backdrop of growing revenues and record profits, we are seeking nothing more than a fair agreement."

"What Rob Manfred characterized as a 'defensive lockout' is, in fact, the culmination of a decades-long attempt by owners to break our Player fraternity. As in the past, this effort will fail. We are united and committed to negotiating a fair deal that will improve the sport for Players, fans and everyone who loves our game."
Read all about how the MLB owners' offer was engineered to be rejected in The New York Times.