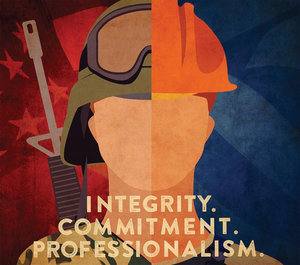 Union members in every industry, occupation and region of the country have proudly and bravely served in the armed forces of the United States. During the 2009 AFL-CIO Convention, the AFL-CIO passed a resolution to form the Union Veterans Council. From its inception as a project of the federation, the UVC has been a force multiplier for union veterans and all working families in their fight for economic freedom and security.

In recognition of the UVC's achievements, the AFL-CIO Executive Council this week designated the UVC as an official Constituency Organization of the federation, making the UVC only the 7th such organization in the AFL-CIO's history. This decision will allow the UVC to scale its programmatic work and capacity to be even more effective as it fights to help union veterans and all working families better their lives.