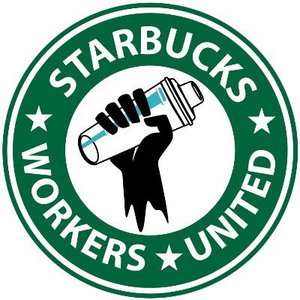 On the heels of the massive union victory at the NYC Starbucks Reserve Roastery in Chelsea earlier this month, and unanimous wins at stores across the country over the last few days, four more stores in NYC and the metro area filed union petitions yesterday. The newest stores include the Williamsburg Reserve cafe (Brooklyn), Astoria – 31st Street/Ditmars Blvd (Queens), and stores in Nanuet (Rockland County), and Westbury (Long Island). With these filings, the total number of Starbucks union petitions in downstate NY stands at ten, and more than 200 nation-wide. Of 22 elections conducted thus far there have been 20 victories and two challenged elections.

“Our team at North 7 is standing to unionize. Joining in on finally being heard and not undermined or overlooked. To Reserve our voice at the table,” said Arianna Ayala, Starbucks partner of 1 year at Williamsburg Reserve, Brooklyn.

The Starbucks Workers United campaign continues to grow steam despite a pervasive union busting campaign that has involved one-on-one employee meetings with management, group captive audience meetings conducted by management, anti-union materials being distributed at the store, and employee write-ups for minor infractions like lateness that occurred many months prior. Since Howard Schultz’s return, the union-busting campaign has only worsened – the company has put out fake tweets they attribute to the union and Schultz has announced possible new benefits for Starbucks employees that he erroneously stated could not be provided to unionized employees. Read more here!