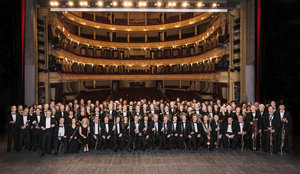 The idea for this fundraising effort came about during rehearsals for the Concert for Ukraine, a March 14 benefit concert produced by the Metropolitan Opera and conducted by the Maestro Nézet-Séguin. At the coffee break following an emotional rehearsal of the finale of Beethoven’s Ninth Symphony, the “Ode to Joy,” it became clear that the musicians of the Met Orchestra were deeply inspired to produce a gesture of solidarity and support for their Kyiv counterparts. Read more from American Federation of Musicians Local 802.