Climate Jobs NY Update: The NY Bight Could Write the Book on How We Build Offshore Wind Farms in the Future 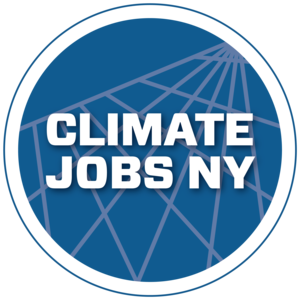 This week, Climate Jobs NY was featured in a Popular Science article that demonstrates the opportunities expected in waters of the NY Bight for offshore wind development. CJNY noted that the 30+ gigawatts of offshore wind development the region expects over the decade must be completed by our local union workforce and include strong labor agreements:

Though estimates vary, American Clean Power has projected more than 70,000 jobs will be created in the quest for 30 gigawatts of wind power by 2030. These construction, development, and manufacturing jobs should go to union workers, according to the Biden administration. Energy companies seem committed to engaging with unionized labor; New England developers have already signed over 15 different labor agreements for projects already underway.

Such agreements are essential to holding employers accountable on every future wind project as the industry develops, says Mariah Dignan, regional director on Long Island for Climate Job New York, a coalition of labor unions. This accountability, as Dignan explains, includes safety protections, health care benefits, pensions, and market wages. “Making sure that the domestic supply chain through and through is a union industry” will provide wind farm workers with family-supporting and community-sustaining jobs, she adds.

Along with fighting for strong labor standards and high-road jobs, CJNY is advocating a secure, domestic, and unionized supply chain to build the towers, turbines, foundations and other components here in the United States, and as much as possible in New York. The opportunity that offshore wind brings to the emerging clean energy economy is vast and New York's labor movement is at the table fighting for workers.