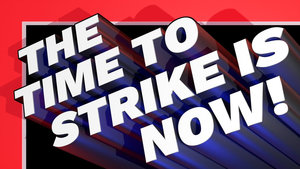 The TIME Union announced plans for a one-day strike as their bargaining committee heads back into negotiations this week. Members have signed on to a letter to management announcing their plan to walkout on May 23rd, when the magazine releases its highly-anticipated annual TIME100, if a contract agreement is not reached by then.

TIME management has delayed reaching a deal on a contract for nearly three years. The union’s top demands at the table include fair wages with guaranteed yearly increases that keep salaries from shrinking from inflation, protecting members from being disciplined for failing to hit certain metrics outside of their control, and securing a contract that covers all workers, across the editorial departments. Read more here.