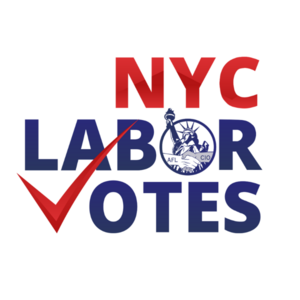 The New York June Primary is this Tuesday, June 28, with Early Voting available until June 26th. The June primary will include elections for Governor, Lieutenant Governor, State Assembly, Judges, and party positions. This year, a second primary will take place on August 23, with Early Voting from August 13th to August 21st, which will include elections for the U.S House of Representatives and State Senate. Click here to find your polling location and early voting sites and make sure you cast a ballot for labor-endorsed candidates who will fight for working New Yorkers!