How a Long-Sought Bill Could Make Construction Work Less Deadly 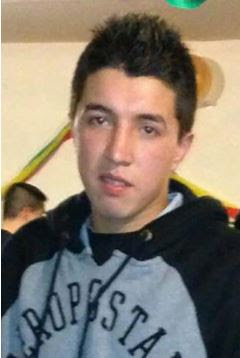 Carlos Moncayo (pictured) was just 22 when he was crushed to death by thousands of pounds of dirt at a construction site in Manhattan’s meatpacking district. More than seven years later, a construction safety bill named after him could become law, if Gov. Kathy Hochul chooses to sign it. The legislation, passed by the Legislature in June and known as Carlos’s Law, would dramatically raise the fines faced by corporations for construction accidents that result in criminal convictions.

Prosecutions for injuries or deaths on construction sites are exceedingly rare nationwide, but the Moncayo case was an exception. The Manhattan district attorney’s office pursued charges, and the general contractor, Harco Construction, was found guilty of manslaughter, criminally negligent homicide and reckless endangerment. The company was ultimately sentenced to pay just $10,000 because of state-imposed limits on corporate penalties. The new law would allow the courts to decide restitution without a cap and raises minimum fines to $500,000 for felonies and $300,000 for misdemeanors in cases involving injuries or deaths.

“We think that’s going to catch the attention of the rogue developers and contractors that put their workers’ lives at risk in the pursuit of profit,” said Mike Hellstrom, Business Manager for the Mason Tenders District Council, which fought for the bill's passage. For now though, the bill still awaits signing on Governor Hochul's desk. Read more in the New York Times.