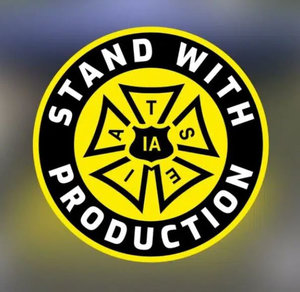 Unionizing TV Commercial Production Department workers, backed by the International Alliance of Theatrical Stage Employees (IATSE) union and the Stand With Production Movement have met heavy resistance to their organizing efforts from the Association of Independent Commercial Producers (AICP).

Following the July 21 announcement that TV Commercial Production Department workers were unionizing, the AICP distributed these union-busting materials to its member companies. In the document, the AICP appears to give its companies a license to blacklist union supporters, stating: “Companies can refuse to hire union members as supervisors and can fire supervisors that engage in union activity so long as certain safeguards are met…”

“This is a slap in the face to every IATSE member. All workers should be able to make their voices heard without threats or fear of retaliation,” said IATSE International President Matthew D. Loeb. “In response to this escalation by the AICP, we will safeguard the democratic process with a variety of counter-retaliation measures, including publicly tracking instances where workers believe they have been retaliated against, and referring these cases to the National Labor Relations Board in cases where Federal Labor Law is violated.” Read more here.