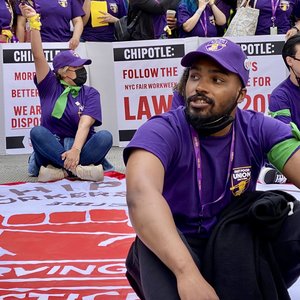 This week, City Hall announced they successfully settled their suit with Chipotle, resulting in a historic $20 million settlement. The City’s complaint alleged nearly 600,000 violations of New York’s Fair Workweek law. The $20 million amount represents the largest settlement under the Fair Workweek law thus far. All of the multi-million dollar settlement will be distributed as worker relief. An additional $1 million will go to the City as a civil fine.

“The significance of today’s announcement goes beyond the historic $20 million payment Chipotle must make to its workers and the City of New York,” said 32BJ SEIU President Kyle Bragg. “This settlement represents the culmination of a years-long process 32BJ SEIU started in 2018. At its core, our fight focused on forcing Chipotle to respect the workers it relies on for its record profits. As the company brazenly violated more of our hard-won labor rights, even while their workers served on the front lines of a pandemic, the outcome of the City’s suit against Chipotle took on even greater importance. Luckily, Mayor Eric Adams and his administration met the moment. Now, four years later, 32BJ SEIU is proud to stand with City Hall to send a powerful reminder to Chipotle and companies like it that workers’ rights matter in New York City.”

Read more from 32BJ here, and check out more coverage of the settlement in The New York Times, THE CITY, and in the NY Daily News editorial "Justice to Go."